A Cup of Cool Water 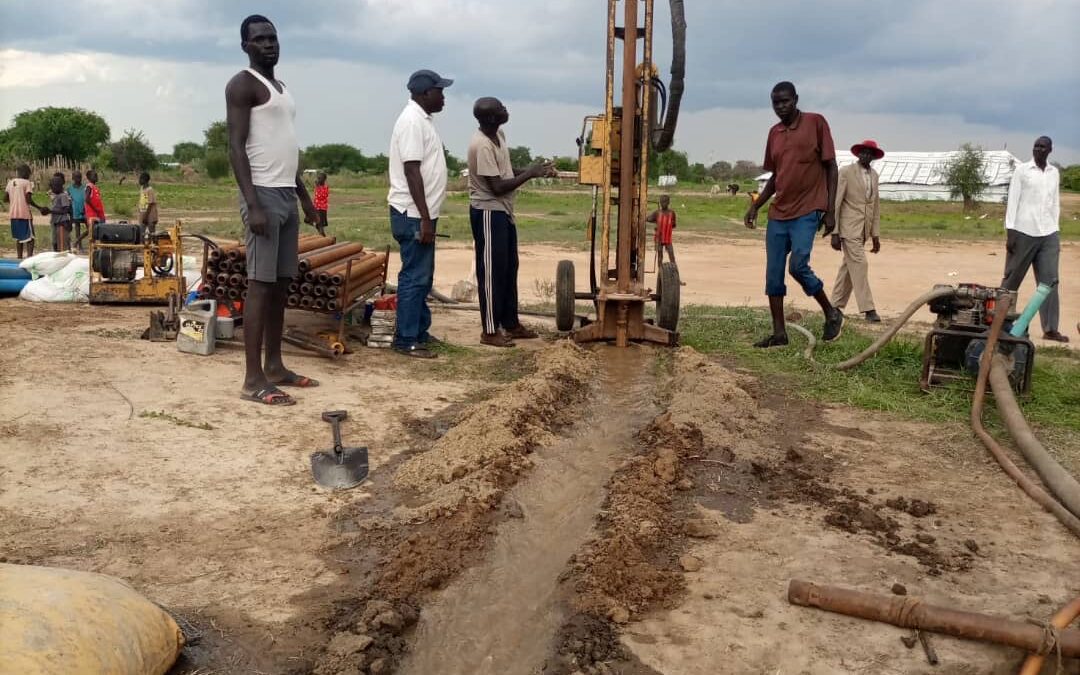 There is a lot of discord in the world.  The pandemic rages on and political polarization and misinformation divides communities, families and even churches. The UN released a new report on global warming that raised a “red flag for humanity” meaning that if we don’t take decisive action soon, the resulting changes in climate will be even more catastrophic that what we are experiencing now.  Heat waves, fires, droughts, floods, and hurricanes are not only more frequent but more intense.  Even the Greek islands, symbols of paradise for many, are on fire.

Into all of this death, I want to bring you a glimmer of life and hope.  On the global scale, is but a small event but in the lives of those involved it is the biggest of life-changing events and you, the people of Saint Michael Lutheran, had a hand in making it happen.

When our first pastoral intern, Vicar David Mayen, was at Saint Michael he started a non-profit called “Serving Hands of Hope Foundation“.  Its purpose was to help displaced people in South Sudan with food, shelter, and educational opportunities since David himself was one of the “lost boys” and lived in refugee camps for most of his childhood.  Without the generous support of unknown strangers, he fears he would never have survived.

In the past few years, David has strengthened the charity and Rev. Dr. Dennis Anderson helped secure an outstanding board of directors.  Serving Hands of Hope Foundation  has been recognized by the Nebraska Synod as a “Mission Field Nebraska” ministry. David and I currently serve as co-chairs of the board.

How floods lead to thirst

David and many other South Sudanese living in the US maintain connections to people in South Sudan and when the Nile experienced extreme flooding last year, which scientists believe is related to a changing climate, whole villages were washed away.  In addition to the other difficulties facing the people there, now  an increasing number of Internally displaced Persons (IDPs) had to find higher ground but had no housing, no livelihoods, and no access to clean water and food. 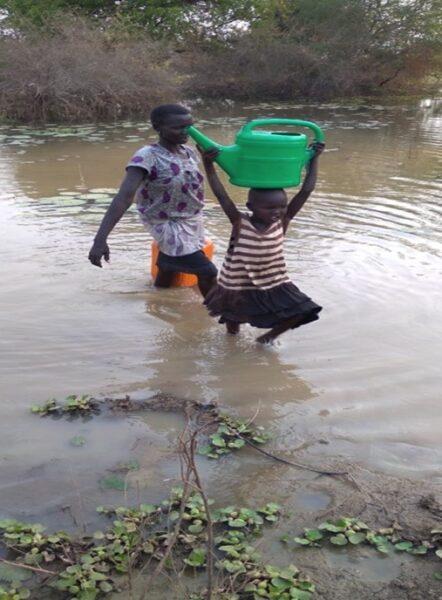 At the Saint Michael annual meeting last year, we designated a tithe (10%) of the proceeds from our capital campaign to various other ministries.  The congregation gave them primarily to Mission Field Nebraska ministries as those groups (and the people they serve) were substantially affected by the pandemic.  Serving Hands of Hope Foundation was among those recipients.

With that money as seed, and with the heartfelt and compassionate leadership of David Mayen, the SHOHF board was able to formulate a plan to bring clean water to camp. After additional funding was secured, a well was drilled by a registered company and fitted with a hand pump.  It is one well for hundreds of people… but it is one well more  than what was there before. Here is a quote from the conclusion of the driller’s report:

There were signs of relief and jubilation seen in the faces of the IDPs when the clean, clear water was pumped out of the new bore hole! The community leaders (chiefs) gave thanks to donors and the Rev. David Mayen and to the Team of JWCC for the job well done and the gift from far away fellow brothers and sisters. 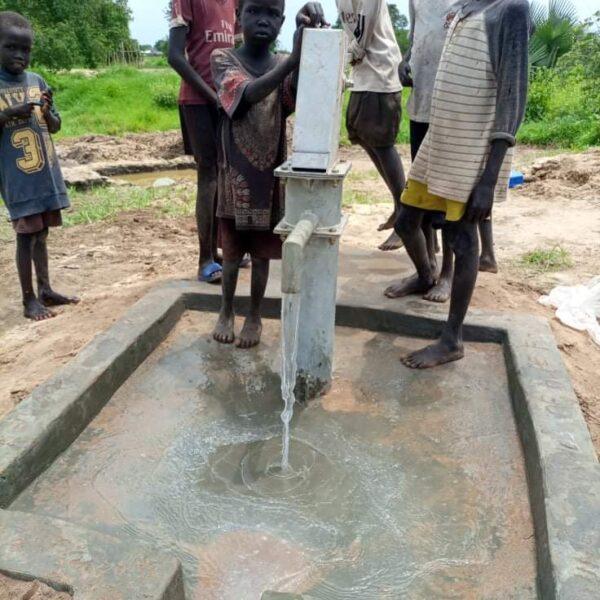 Although this picture doesn’t show it clearly, if you look closely at the concrete curbing, the inscription says, “Funded by Serving Hands of Hope Foundation”.

And just like that, one well, one cup, one drop at a time, hope flows into the world.  In the middle of difficult times we give thanks for the God who does not give up on us and who empowers, encourages, and inspires us to do the same for one another.

For as the text from Ephesians 4 this past Sunday reminded us:

We are members one of another…

We are graced to be imitators of God; to live with the same kind of love that God in Christ has shown to us.  We face the trouble of the world with faith that God will take even the smallest action and use it to change the whole world.

Peace be with you all.